I was first introduced to the delicacy that is the potsticker dumpling many years ago by my parents-in-law. They buy theirs from a local Chinese take-away and usually pick some up as a special treat to go with pre-dinner drinks. Unlike other steamed dumplings, the potsticker is fried first until the bottom is golden brown, then steamed. This results in a dumpling which combines a moist, flavourful filling with a partially crusty exterior.

Intensive research soon revealed, however, that my own local takeaways offer a rather predictable range of appetisers: sticky ribs and spring rolls were in abundance but the potsticker remained elusive. I set about making my own and was surprised to find that the wrappers are made from a simple hot water dough, while the possibilities for fillings are endless. Pork mince is traditional, though I have made vegetarian options with cabbage and chestnut mushrooms. I like to keep a bag of frozen prawns in the freezer and these are my favourite filling, although crab is also excellent. I must confess to using tinned crab on occasion which is inexpensive and extremely handy to keep stored in the larder.

Lidl were stocking frozen lobster over the Christmas period and although I have since thrown out the receipt, I think they were between €5-6. I was suspicious of the low cost but picked up a couple anyway. They are Canadian lobsters and extremely small. The taste of the first one I tried was perhaps better than expected but it yielded a very small quantity of meat. I made lobster cannelloni with sauce Américaine and rocket leaves and this comfortably served two people.

Yesterday evening I was seized with a craving for potsticker dumplings so I decided to use up the remaining Lidl lobster. These come pre-cooked so once it was defrosted, I placed the lobster meat in the food processor along with some freshly grated ginger, some grated lemongrass, a squeeze of lemon and a couple of dashes of soy sauce. This was then blitzed for a few seconds and the filling was complete. While I generally prefer to use Metric quantities I find it easier in this case to use the American volume system.

1. Mix flour and hot water in a bowl or pulse in food processor until it forms a ball. Knead for 5 mins approx. until smooth and silky and then rest in bowl covered with cling film until ready to roll out.
2.   Shape dough into a roll and slice into small rounds.
3.  Roll out on a floured board using a rolling pin. I like to use a ring cutter for uniformity of size.
4.    The pastry disks can be stacked sprinkling a little flour between each one to avoid sticking.
5.    They can be frozen at this stage for use again.
6.   Fill each disc with a teaspoon of filling and join up the edges pinching to seal. They look fine like this, but I like to add a pleat as the ones I first tasted were shaped in this way.
7.    Heat some oil in a wide pot or frying pan with lid and fry for two minutes until golden underneath. Add ½ cup water, cover with a lid and steam for about 8 mins or until cooked. Depending on the size of the dumplings or the pot you have used, you may need to do this in batches.


Dipping Sauce:
2 parts soy sauce to one part rice wine vinegar.
Half red chilli pepper sliced with seeds removed (or left in if you want some serious chili heat) 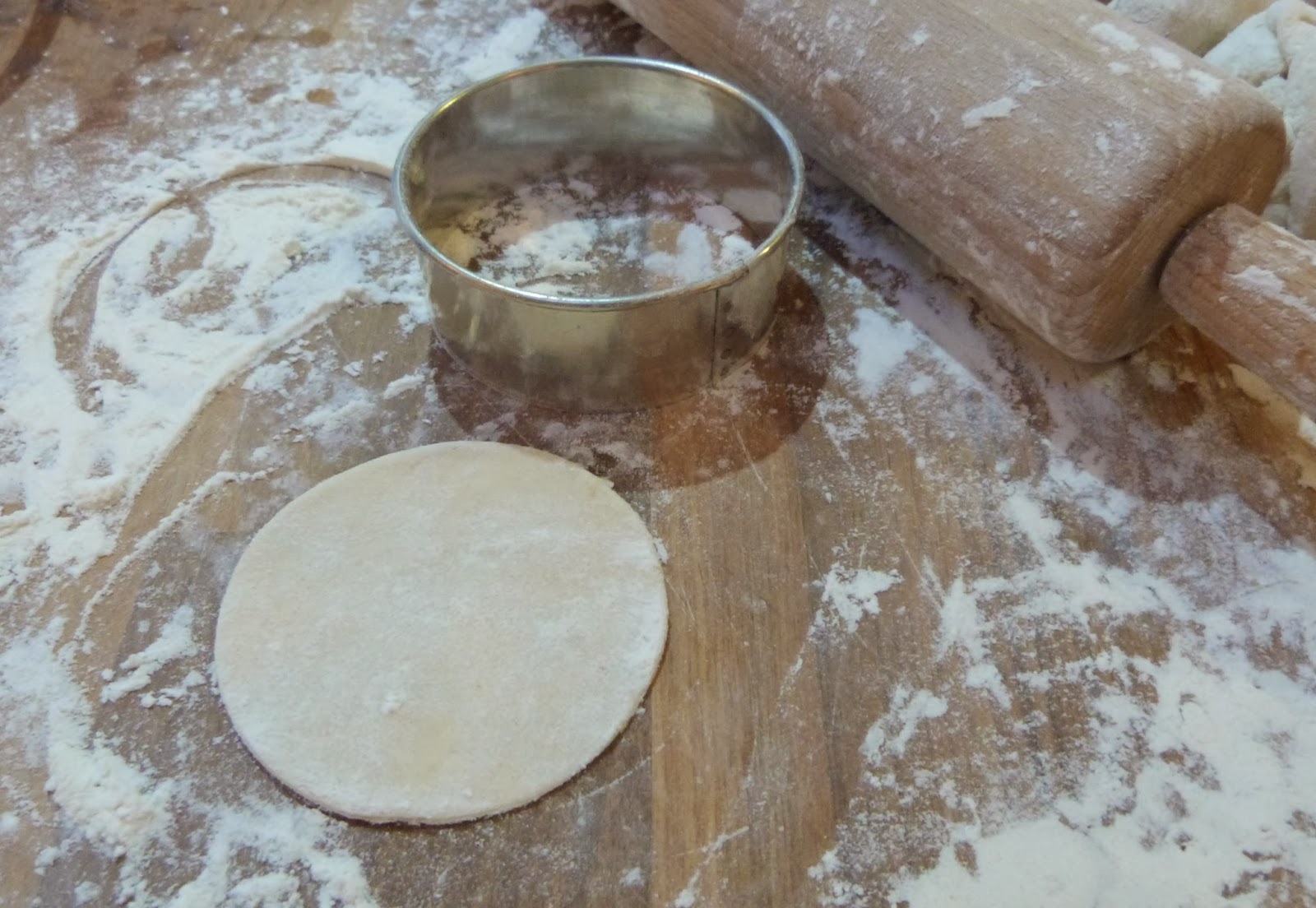 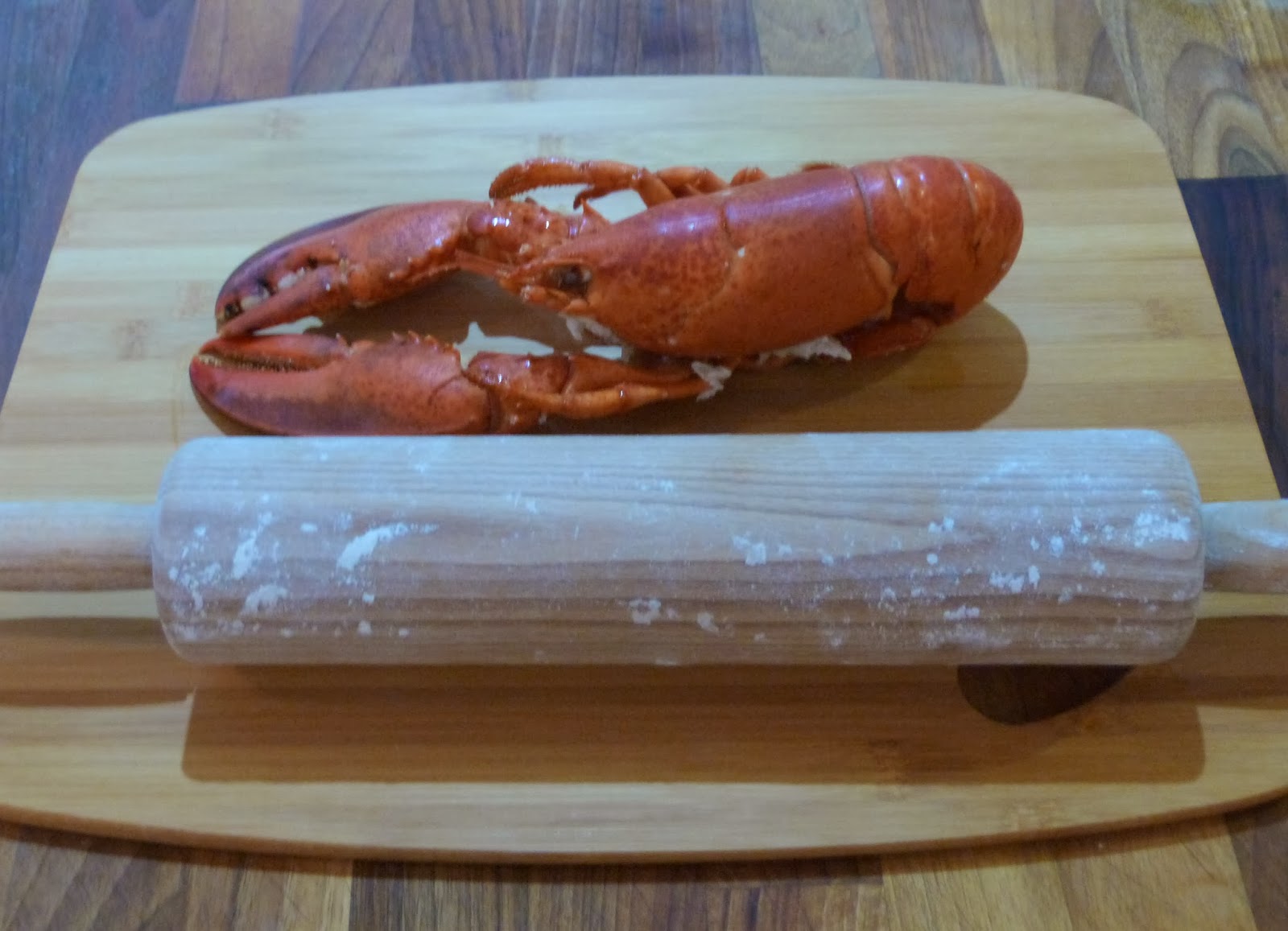 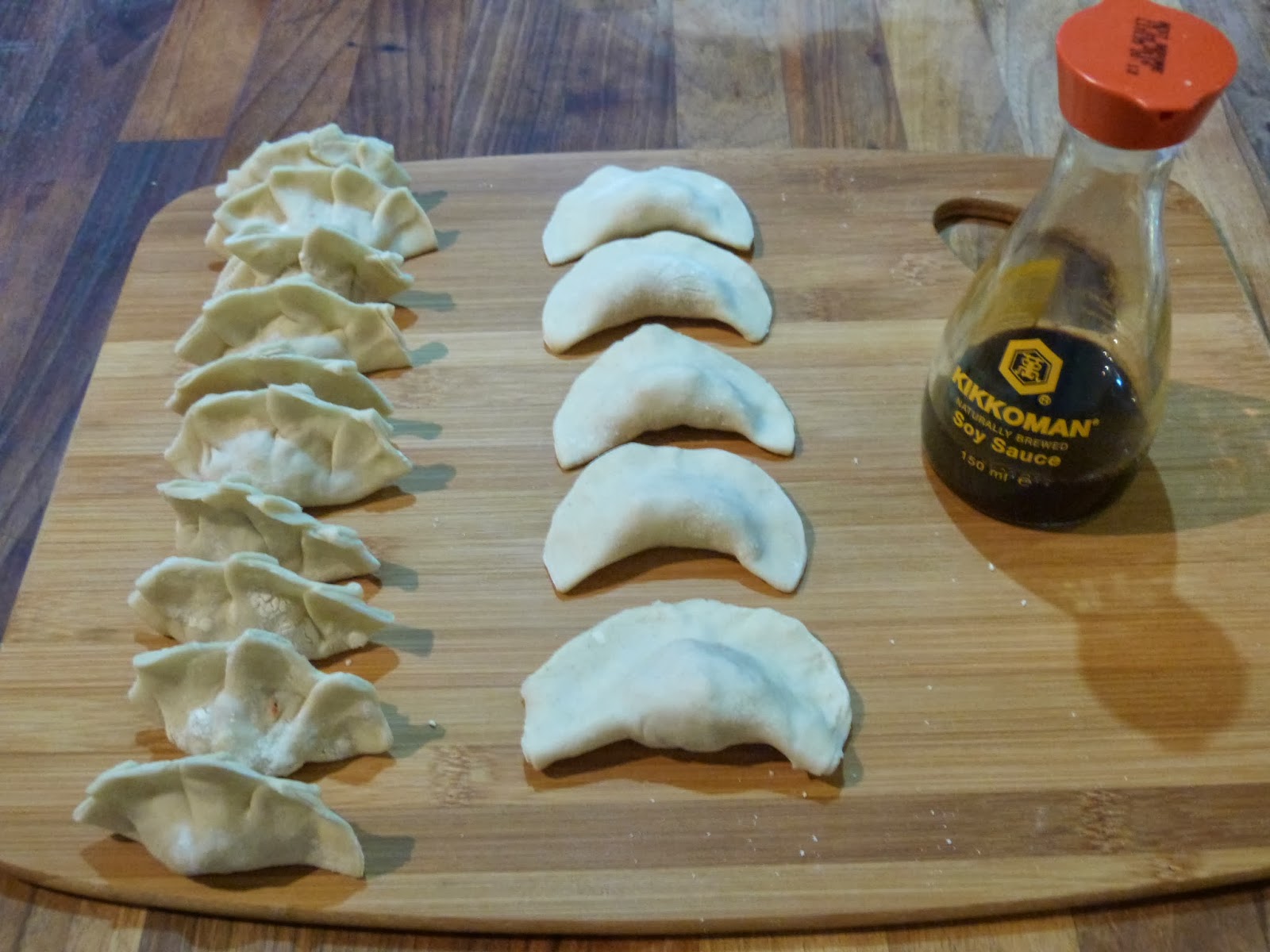 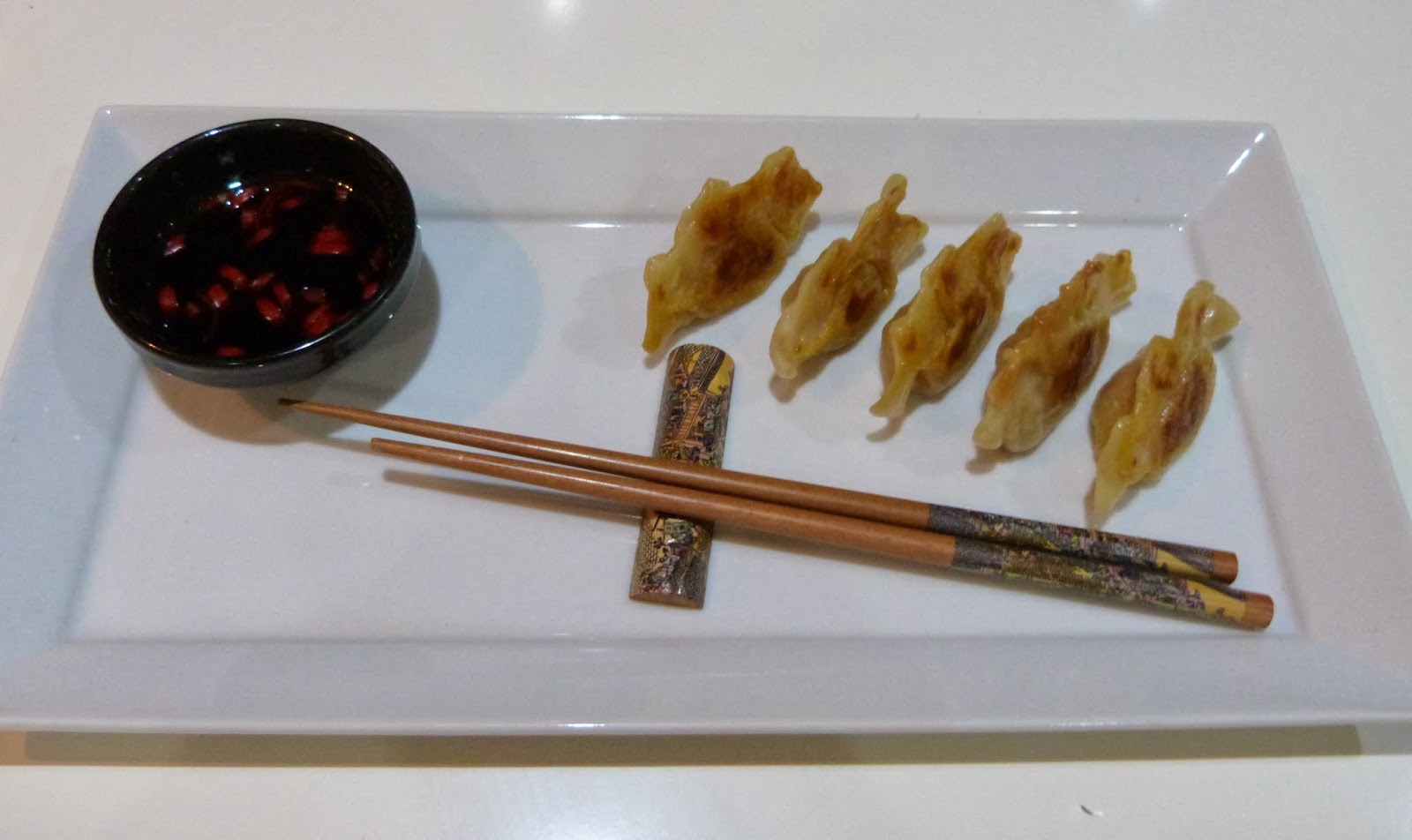 Posted by Nessa Collinge at 14:49 No comments:

I have always loved a slow-roast pork shoulder but this weekend I set myself a challenge: to elevate this humble cut of meat into a nicely presented, elegant dish. Pork shoulder is cheap and lends itself well to long, slow cooking after which time it can be pulled apart with two forks.

Sometimes I make an apple and celeriac puree to accompany pork (this also makes a delicious soup with the addition of some good quality stock, served with a swirl of cream and some crispy pancetta crumbled over). On this occasion, however, I was keen to experiment with a recent purchase of some agar agar. Agar agar is quite a cheffy gelling agent made from seaweed. As well as being more versatile than gelatine, it is suitable for vegans and vegetarians. I wondered if I could update the traditional accompaniment of apple sauce with an apple gel which would also work to offset the creamy celeriac puree I was planning.

For texture I thought about making some sort of pastry cylinder to encase the pulled pork. When shopping for the celeriac, some chanterelle mushrooms caught my eye. These are a luxury item by my standards, but I justified the indulgence with the thriftiness of my other ingredients. The pork shoulder which was boned and rolled, cost just €6.38. Although I didn't make note of the weight, there is enough here to feed six people. I originally envisioned this as a starter dish, but the pastry casing bulks out the meat and so it actually works better as a main course. I find it stressful if I'm having people over to do a lot of cooking at the last minute, so apart from the mushrooms all of the elements of this dish can be prepared in advance. There's a bit of warming through involved and a lightness of touch required for the plating but, overall, this is a lot easier than the below list of stages would suggest.

125g butter
Pork:
Roughly chop some carrots, onions, garlic and lemon to create a trivet for the base of a roasting dish.
Seal the meat then place on top of the the vegetables with a splash of white wine. Cover with foil and place in a low oven (150 degrees Celsius) for 2 hours and 30 minutes. Remove tin foil and return to the oven for a further half hour. Leave the meat to rest. 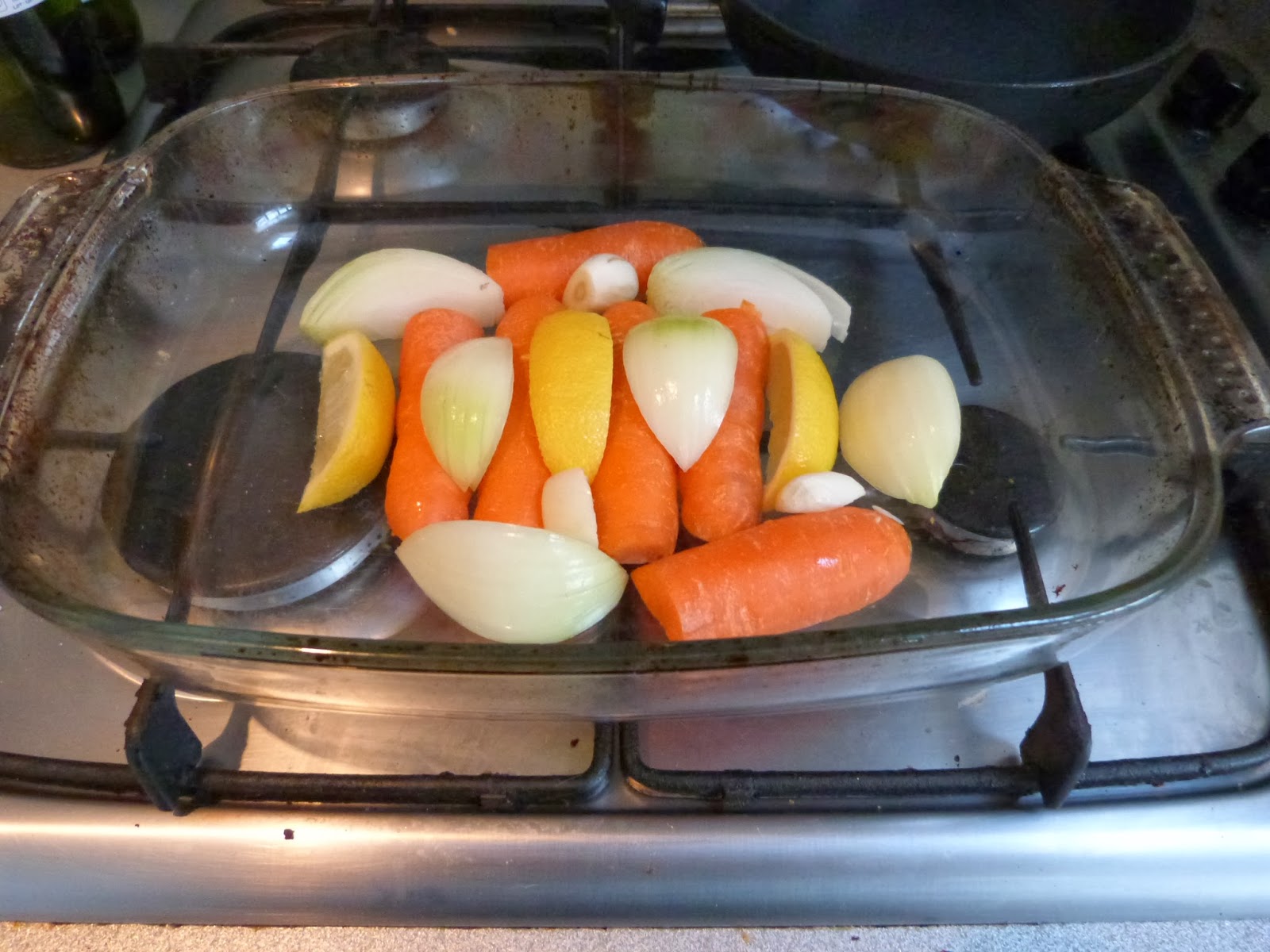 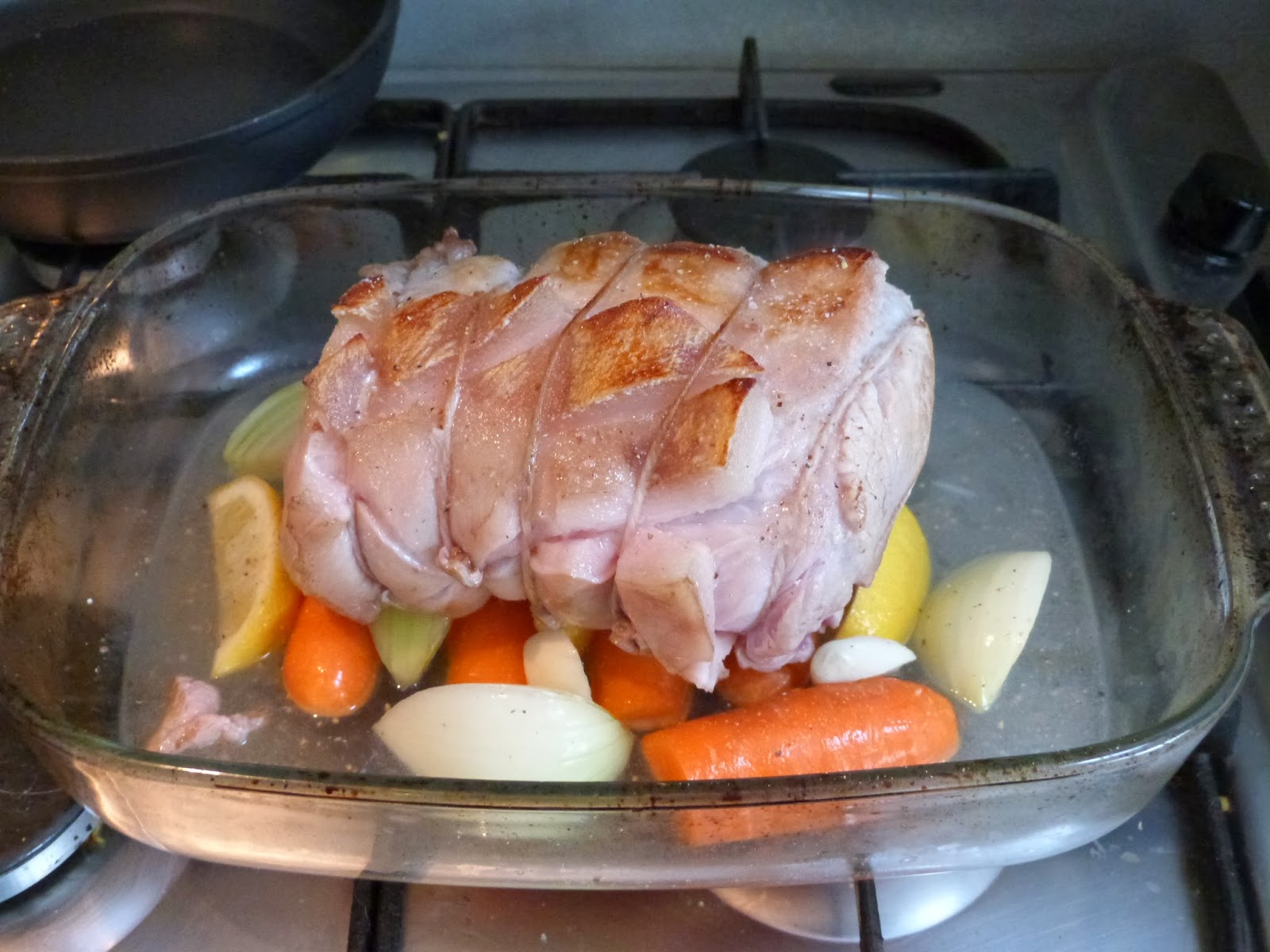 Sauce:
Sieve the remaining pan juices into a saucepan.
Reduce the pan juices by half then add 150ml chicken stock and reduce by half again. Now add 150 ml single cream and simmer until thickened.
Onion Gravy:
Thinly slice one large onion and sweat in 35g butter until completely soft and slightly caramelized.
Deglaze pan with a splash madeira (this stage is optional).
Add tablespoon flour and cook out for 1-2 mins.
Add 200ml beef stock and stir until thickened. Season with squeeze lemon juice and some freshly ground white pepper. 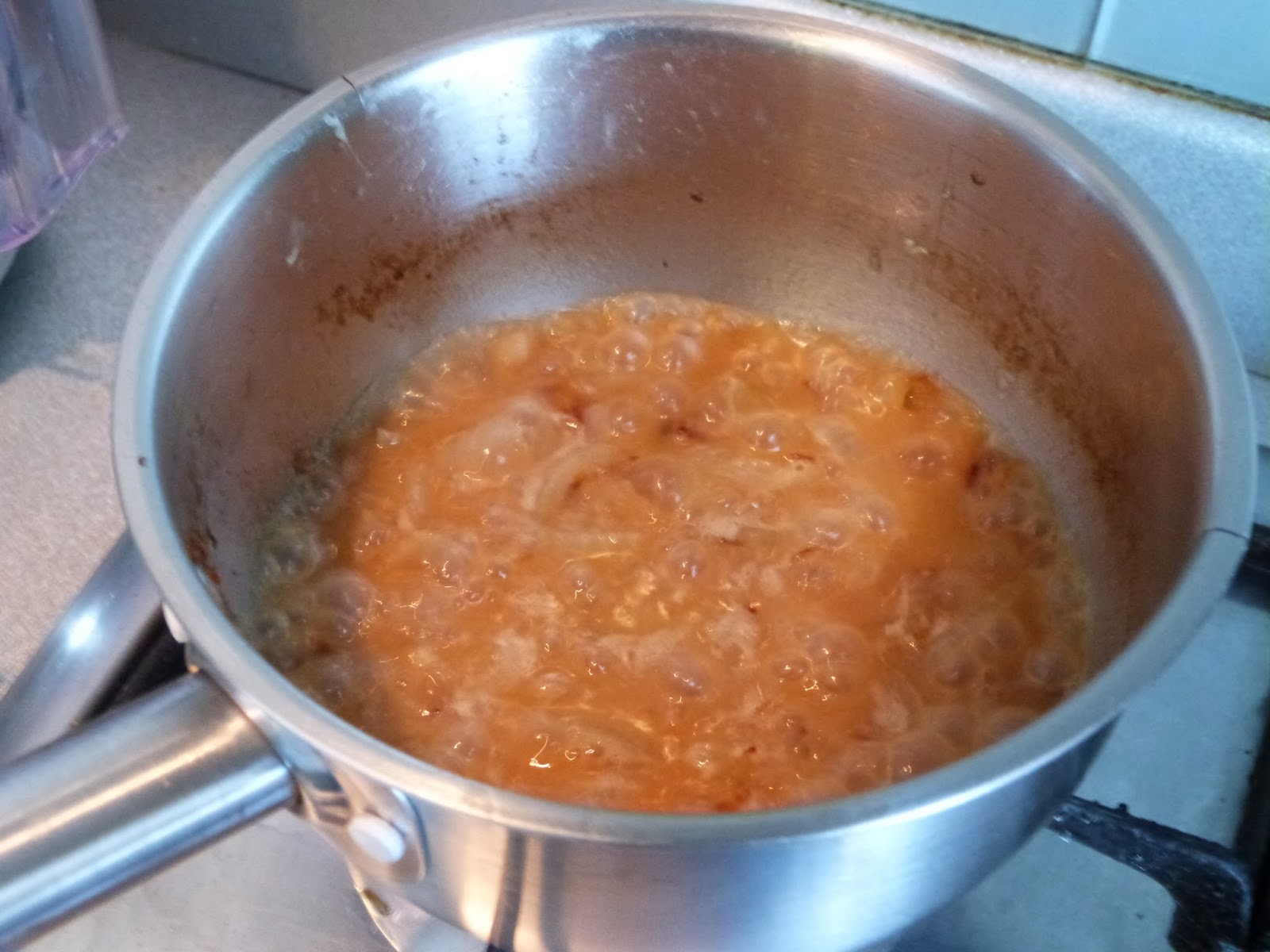 Celeriac Puree:
Peel, chop into chunks and place in a saucepan adding cold water to cover. Bring to the boil and the simmer until tender (about 18 mins approx). Add generous splash milk and 30 g butter and blitz with handblender to create a smooth puree. Season with salt and white pepper.
Apple Gel:
Peel and core 2 granny smith apples and simmer in covered saucepan with a splash water until soft. Mash with back of fork then pass through fine sieve into measuring jug. Add good squeeze lemon and enough water to bring mixture to 200 ml.
Transfer to sauce pan and add one sachet of agar agar. Bring to boil then simmer for 5 mins.
Pour into plastic container and leave for one hour minimum to set.(It could be served now cut into cubes, but I want to pipe the gel).
Blitz the set apple gel for just a few seconds with handblender then transfer to a squidgy bottle. 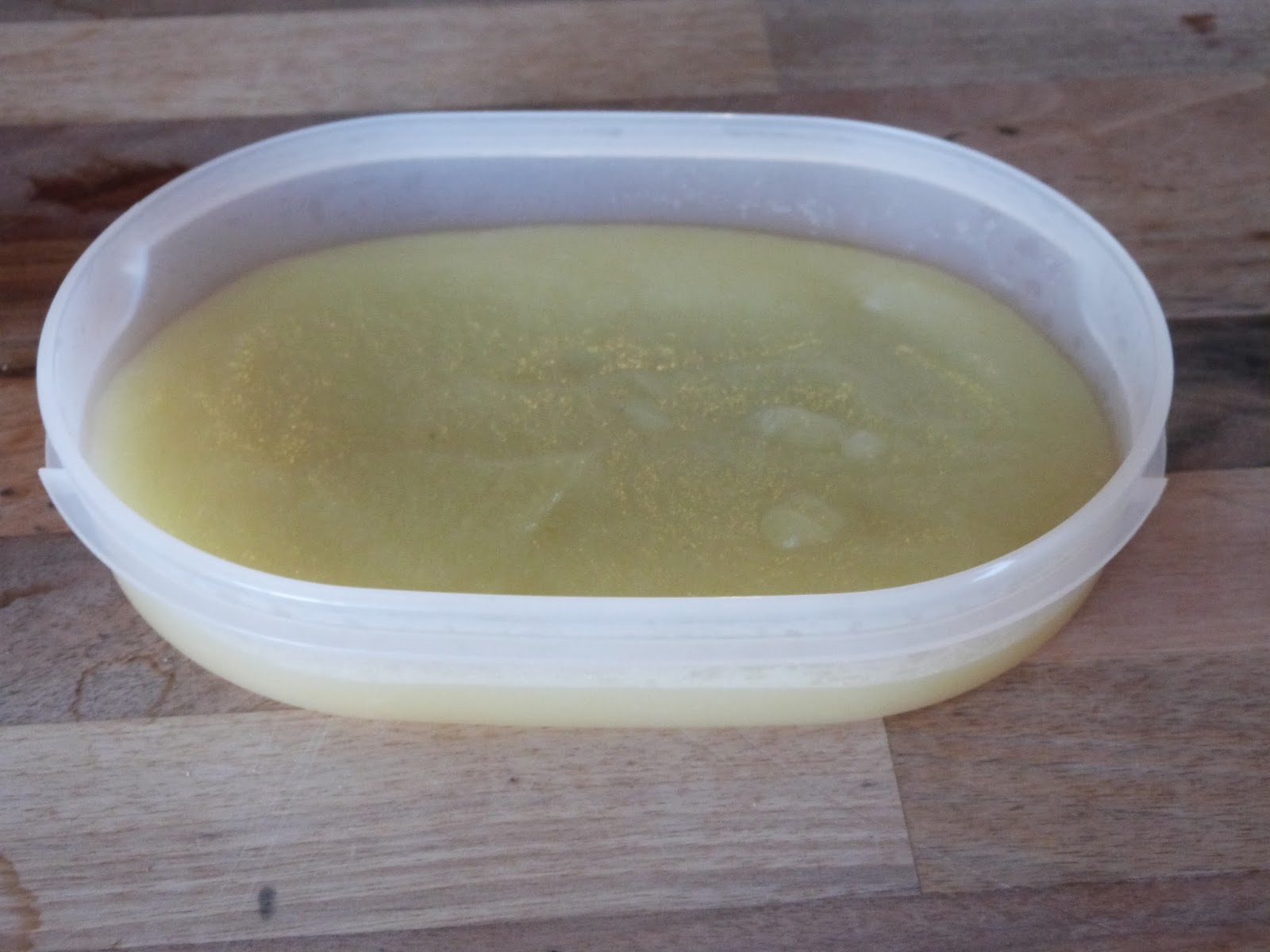 Pork Spring Roll:
Remove pork rind and any excess fat. Using two forks shred the meat and place in a bowl.
Add couple tablespoons of onion gravy to moisten.
Place half of the pork mixture into the centre of a large sheet of clingfilm.
Twist into a sausage shape, then wrap again in tin foil. Twist the ends to shape the pork sausage and secure. Repeat with the other half of the mixture.
Put in the fridge to firm up.
Brush sheet filo pastry with melted butter then add a second sheet on top.
Cut in half lengthwise and pace 1/3 pork sausage in the corner. Roll up tucking in the pastry corner. Fold in the sides and brush remaining pastry with butter to seal.
Brush top with butter and place on a non-stick baking tray or sheet of baking parchment.
Repeat until you have 6 pork spring rolls.
Place in an oven heated to 190 degrees Celsius for 20 mins. 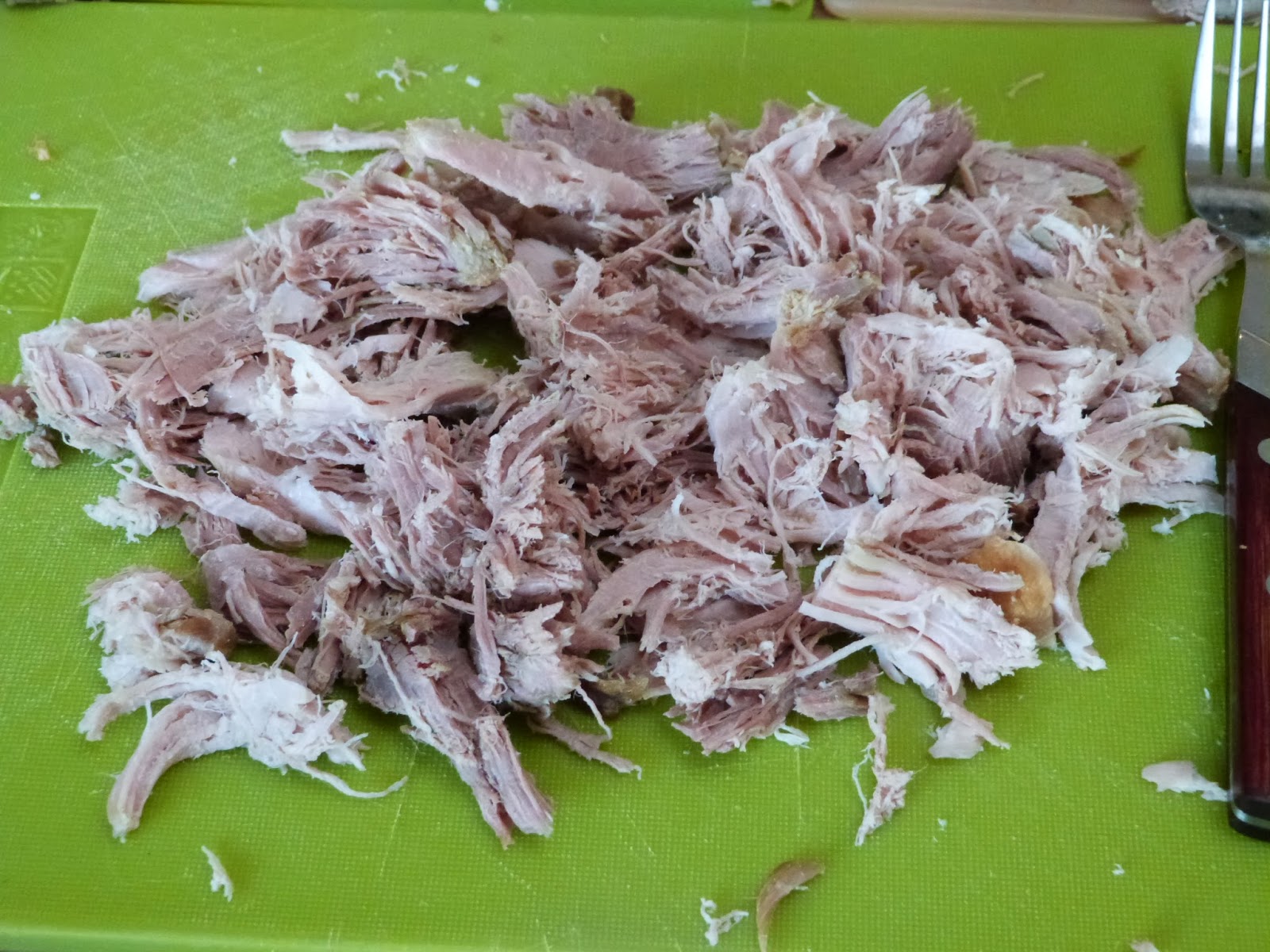 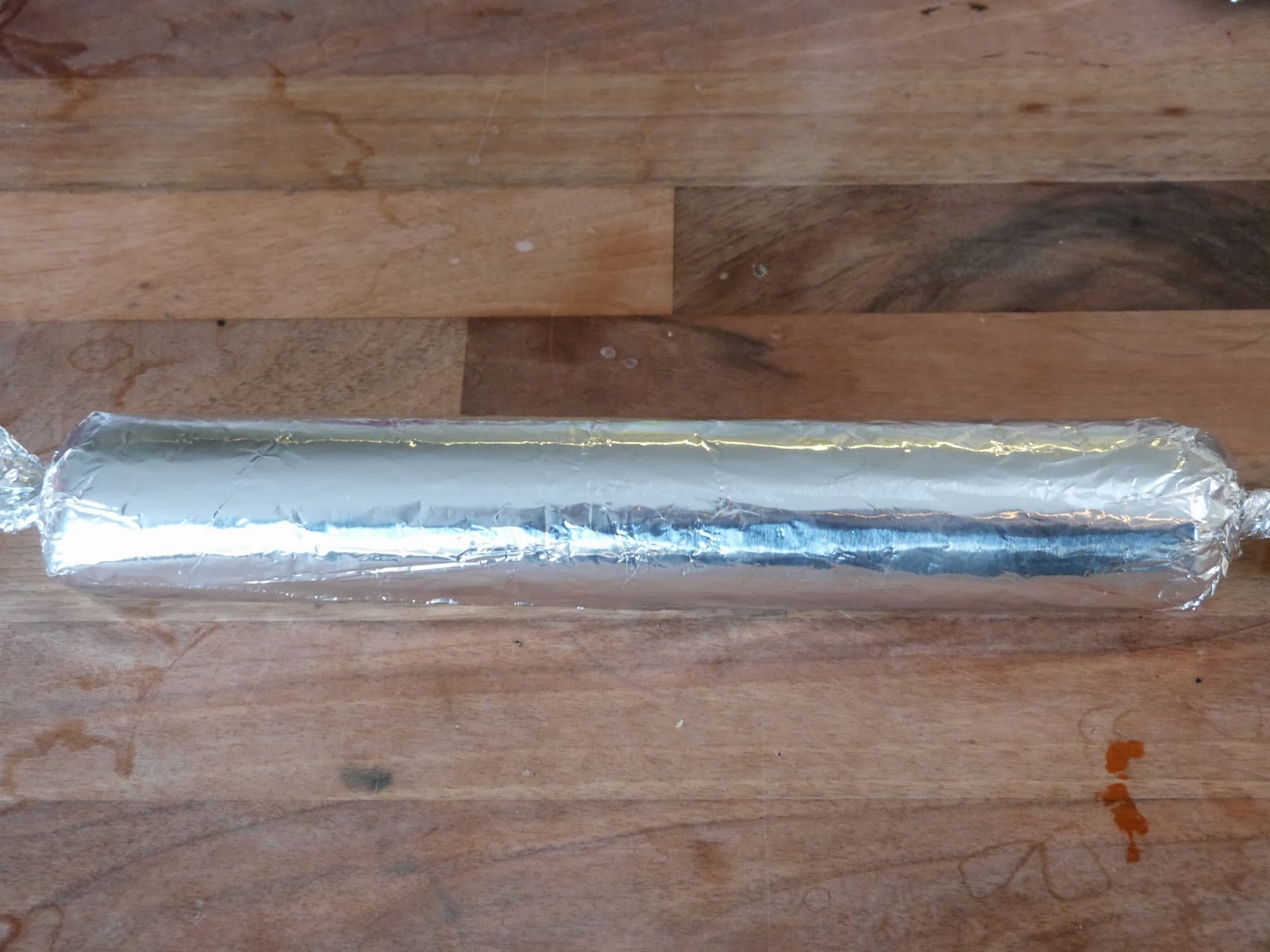 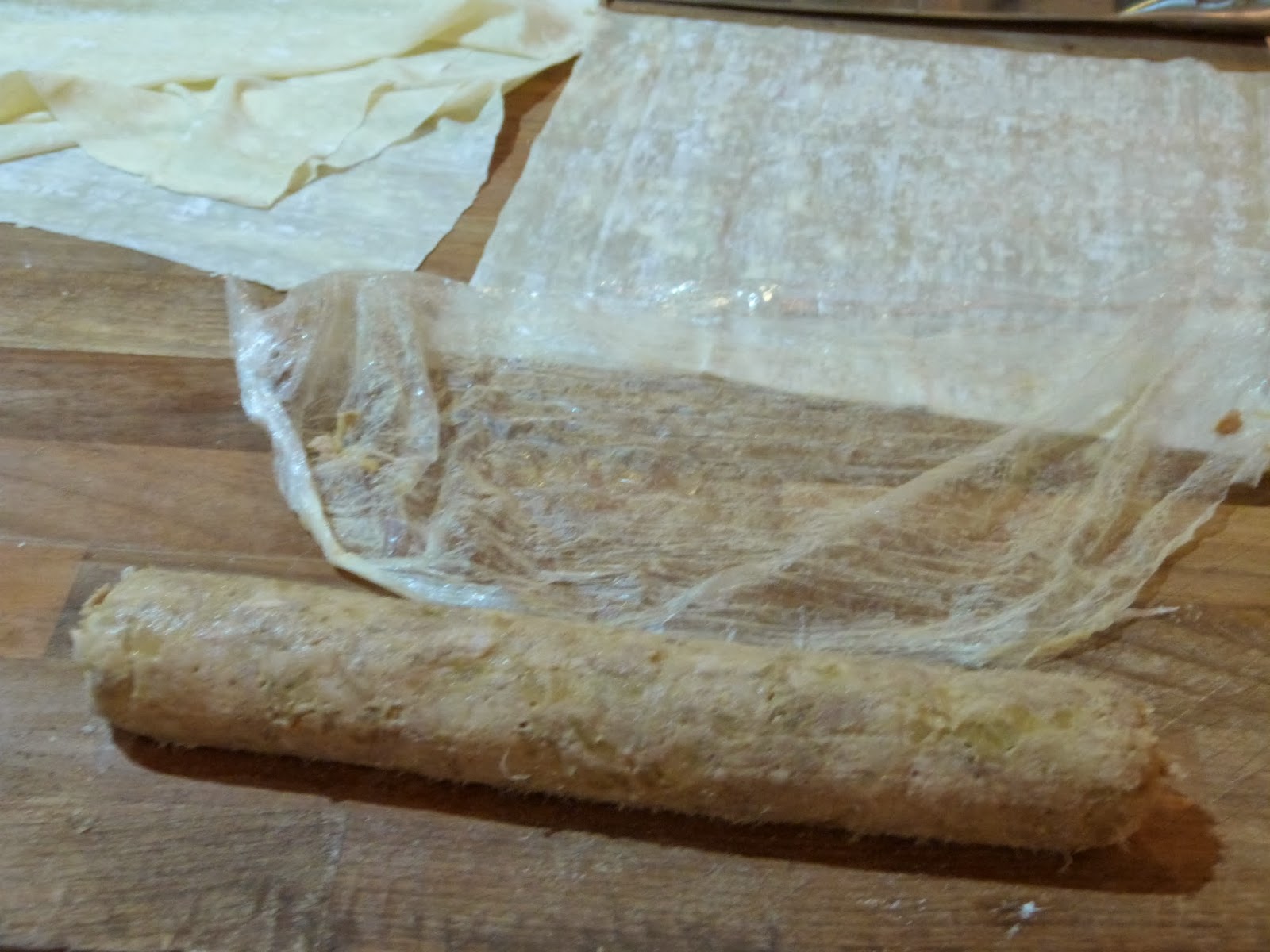 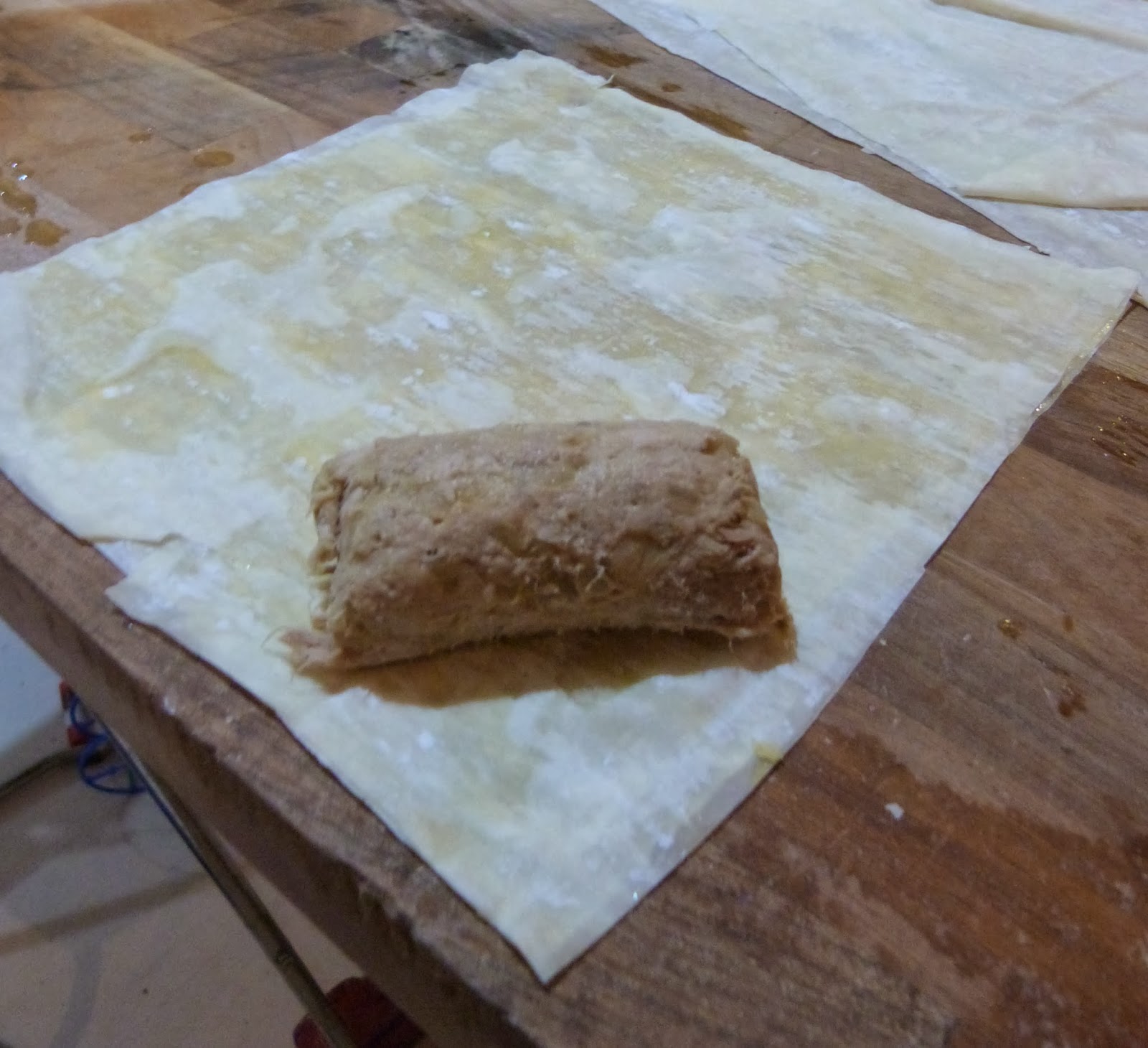 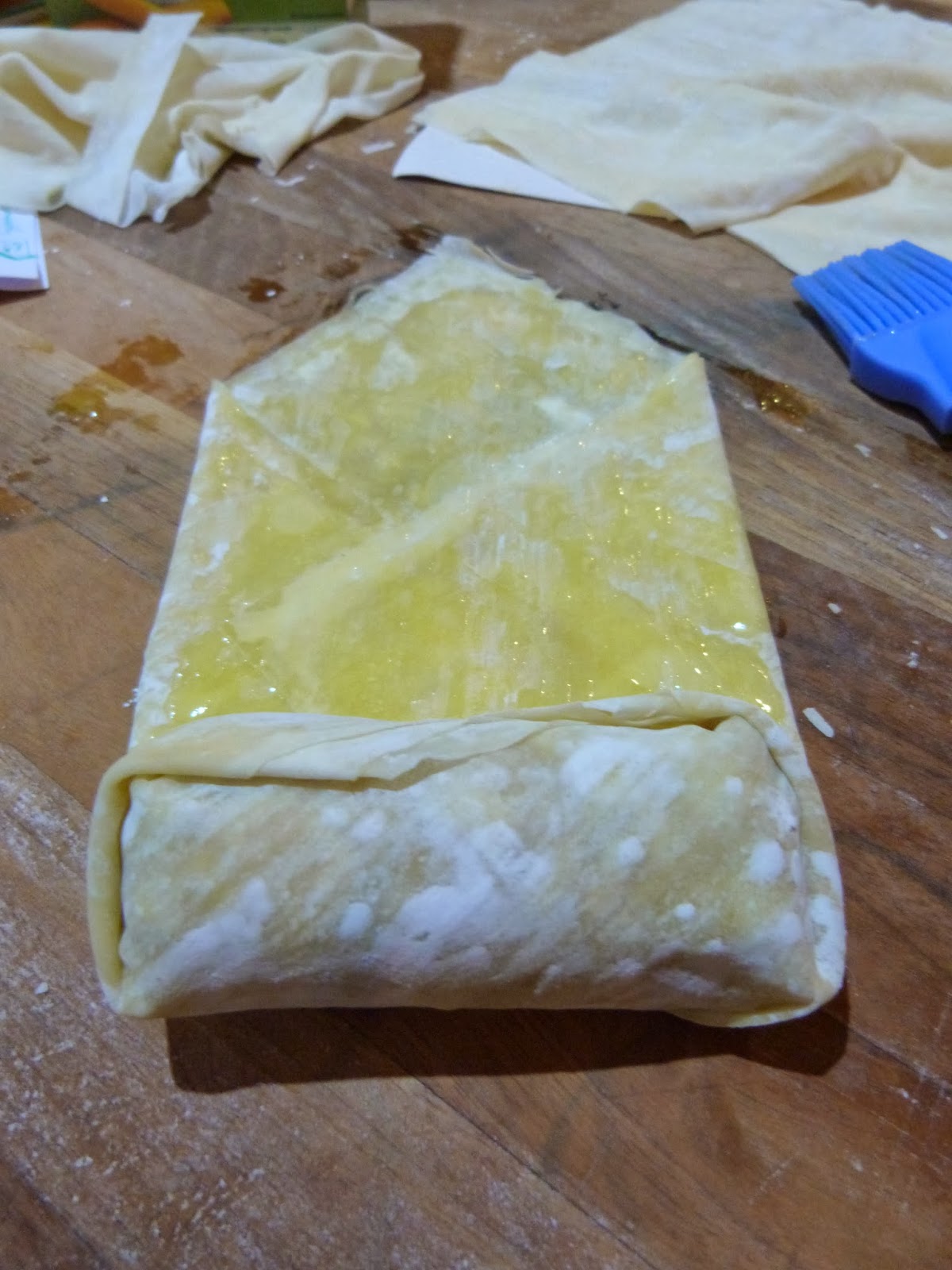 Mushrooms: Gently brush mushroom or wipe with kitchen towel.Pan fry the mushrooms in a little oil and butter until cooked through and coloured slightly. 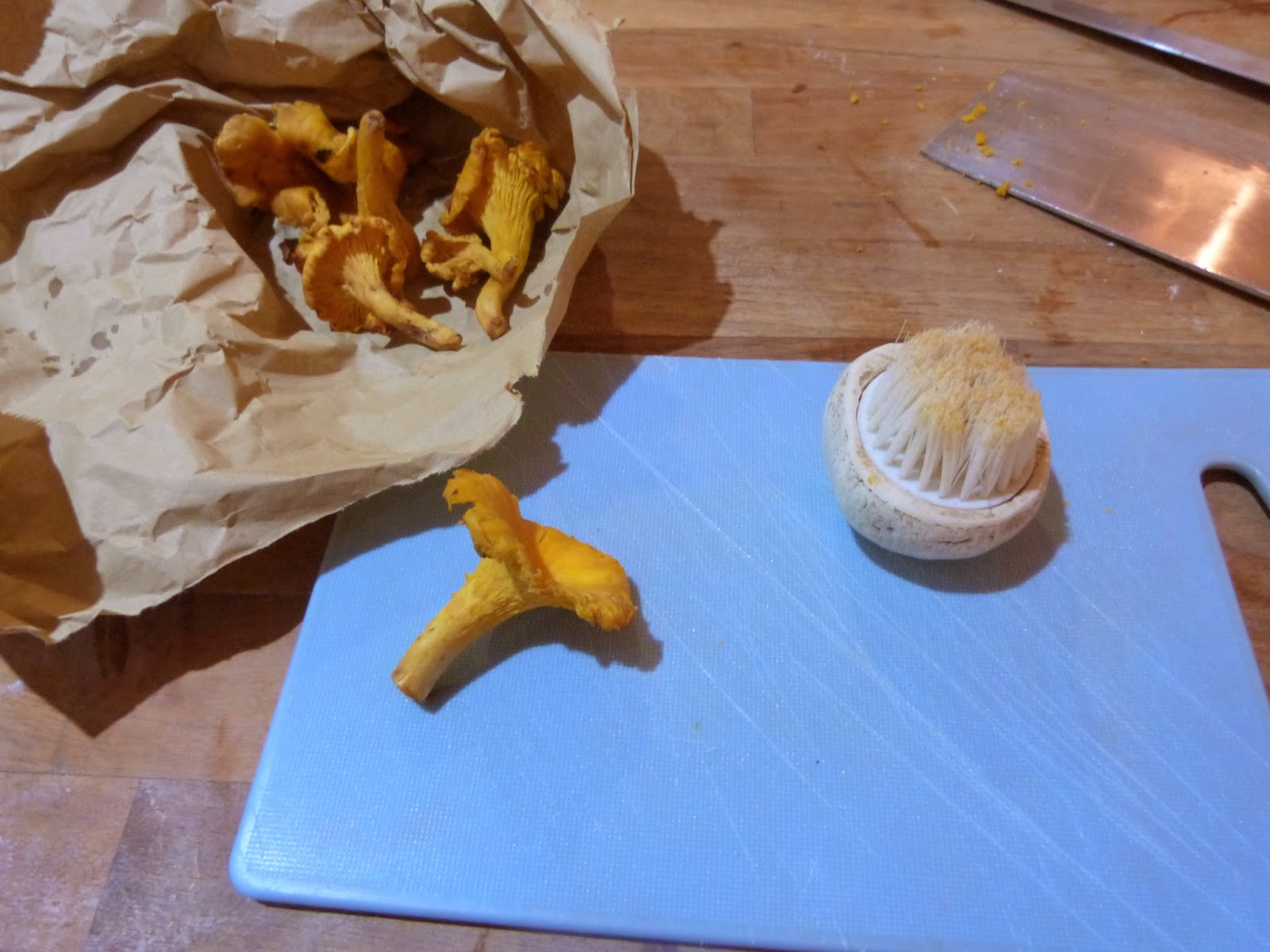 Plating Up:
On the hob warm through the celeriac puree and the cream sauce. Trim the ends of the spring roll and place gently on a plate. Transfer the celeriac puree to a piping bag and pipe in three sections on top of the spring roll. In the gaps in between squeeze out a similar amount of apple gel.
Spoon the cream sauce around and place some mushrooms on top.
Scatter some leaves of baby rocket around the plate and serve. 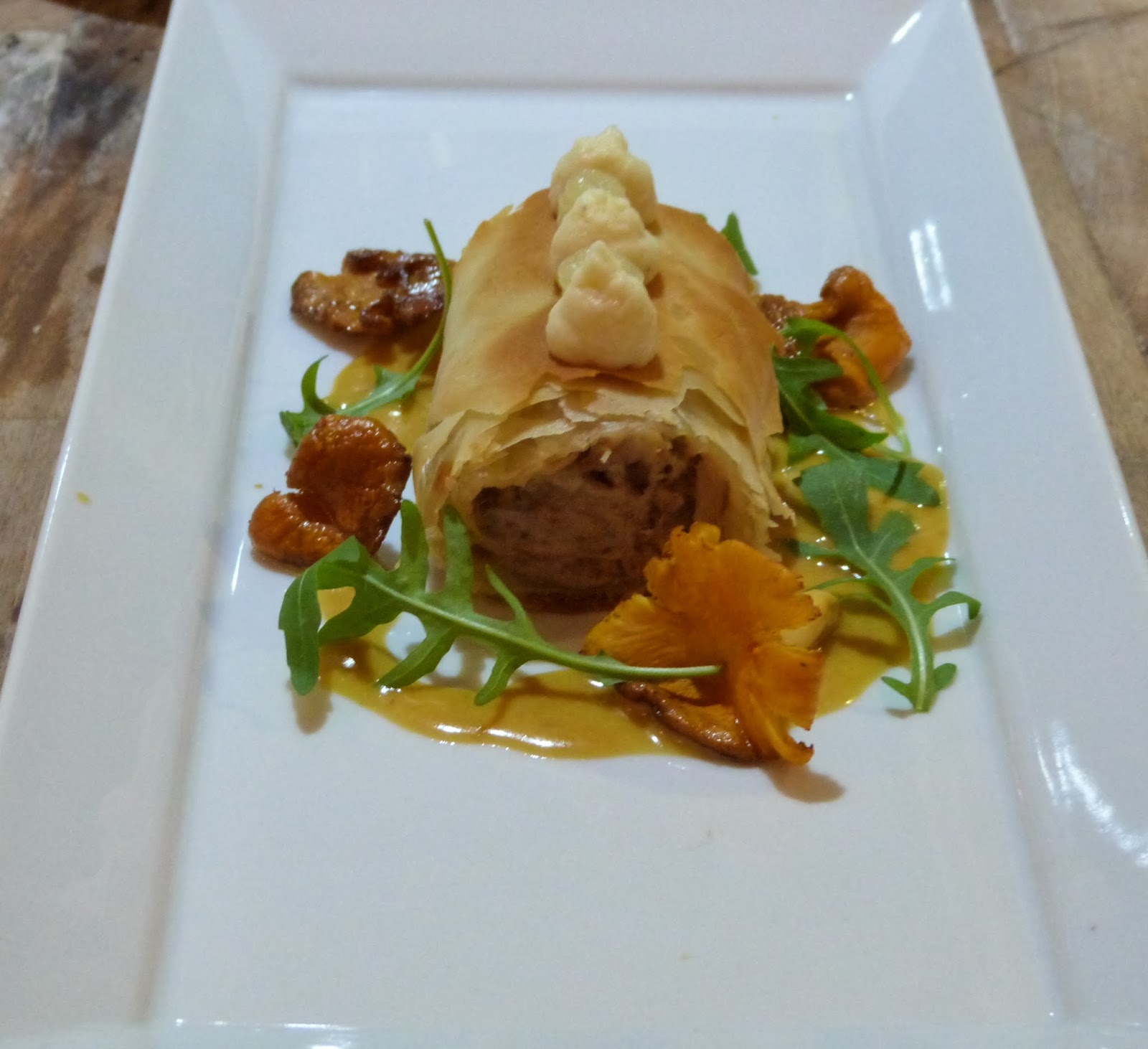 Posted by Nessa Collinge at 14:10 No comments:

Email ThisBlogThis!Share to TwitterShare to FacebookShare to Pinterest
Home

Nessa Collinge
I am a mother of four who loves to cook simple ingredients using classic techniques. While I cook on a daily basis for my family, I especially enjoy creating elegant dishes at the weekends when I can spend more time on the various processes required. I prefer to use humble, inexpensive ingredients and to transform them into presentable dishes which can be used for entertaining friends and family.